The proposed structure will be supported by 125 large diameter cast in-place bored piles, while roughly 13,000 sq.m of 36m-deep reinforced concrete diaphragm wall will be installed along the perimeter of the property to safely support the soil during the top down construction of the basement parking garage. 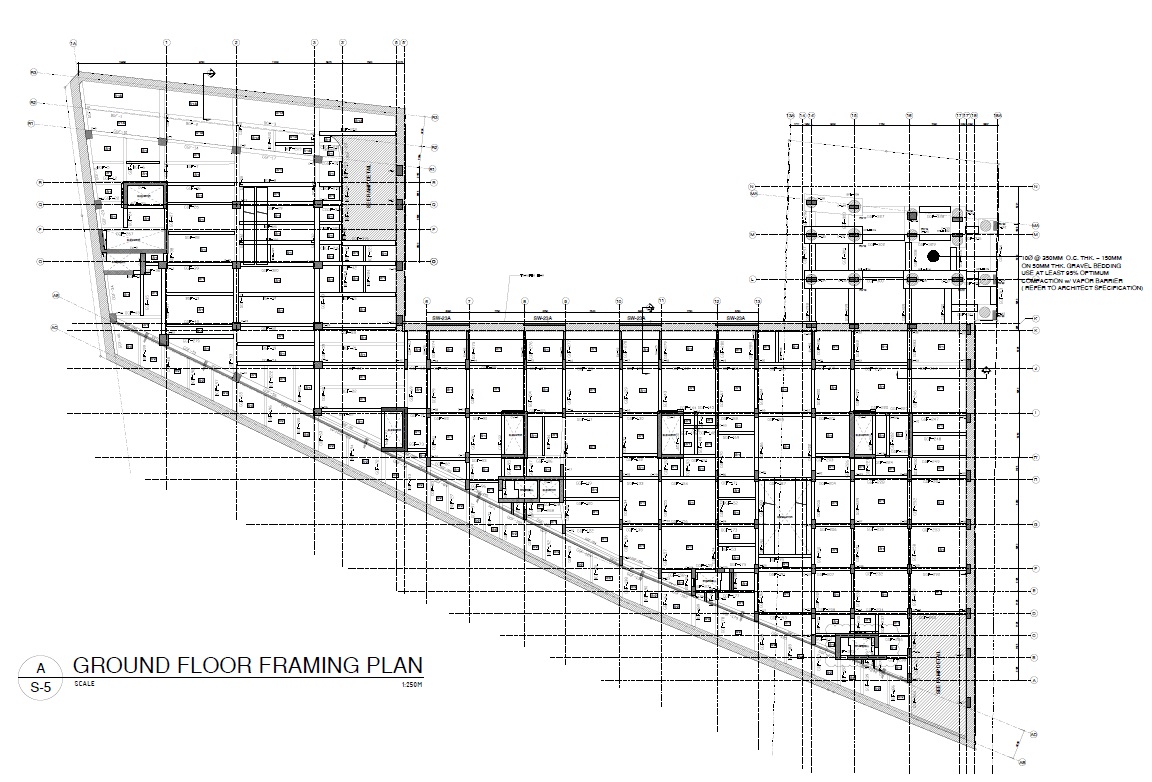 Out of approximately 129 construction joints between the diaphragm wall panels, 20 will be installed applying the TTMJ system.  A hydromill will be fitted with the TTMJ guides to install these joints.
The jobsite is located at about 2 km from the sea shoreline. The low-lying areas nearby Manila Bay are characterized by weak, compressible and liquefiable soil followed by weathered sedimentary rocks forming the upper sequence of Guadalupe Tuff Formation (GTF).  GTF, or the so-called Adobe, is the underlying bedrock formation present throughout Metro Manila. It consists of Plio-Pleistocene sandstone, siltstone and shale having a generally weak to moderate amount of cementation and high to very high weathering degree. 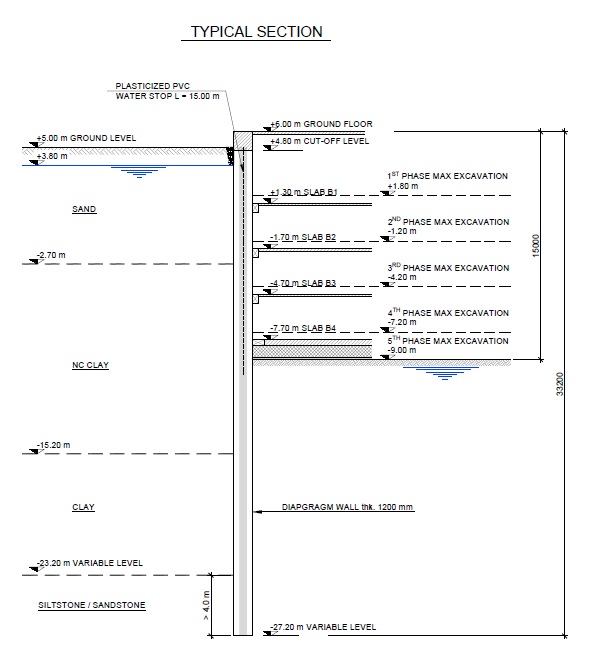 The average unconfined compressive strength (UCS) of intact Adobe core samples usually ranges from 5 to 40 kg/cm2, with single UCS values rarely exceeding 100-kg/cm2. The Adobe is classified as soft to very soft rock. In spite of this poor classification, the Adobe has sufficient strength and stiffness to carry the loads of high-rise buildings.

To subscribe for the TTMJ System Newsletter please email to info@ttmj-h2020.eu

DIAPHRAGM WALL PROJECTS
After 4 years, the EU funded project ended in February 2029, and the TTMJ Development Team is searching for diaphragm wall projects wherein the application of the system would bring all its benefits and advantages.  Circular or peanut shafts are of particular interest. Any party interested to propose a project and learn how the TTMJ system would provide higher quality diaphragm walls at reduced costs, is encouraged to email to info@ttmj-h2020.eu